Do You Really Know How to Hydrate While Running?

Summer is on the way. Are you still running every day in the scorching summer? When running in the hot summertime, the temperature is very high so people is easy to sweat a lot. If not timely hydrate yourself, it will cause a variety of physical reactions ranging from decreased exercise performance to serious dehydration, and even life-threatening. Therefore, for the friends insisting on running in the summer, hydration has become particularly important. When should you drink water? How to re-hydrate yourself? What kind of water you should drink? All the key of these questions are covered in this article, so you can stay hydrated scientifically and avoid dehydration during the summer.

Is dehydration really that bad?

Many runners think the problem is not as serious as as serious as we thought. For example, I think it’s too heavy and inconvenient to run with a sports water bottle so I usually drink a lot of water before going out for a run, and then pack light on the road. But many times, it is because you do not fully estimate their exercise intensity and weather, you will come with thirst in the process of running eventually. If you do not supplement water in time or the work is too intense in the previous day which causing you staying up late and being lack of sleep, there may be fainting or even sudden death. Pay attention! This is not alarmist.

Why do you need to hydrate?

Water is an inorganic substance composed of two hydrogen atoms and one oxygen atom. Although it is one of the most common substances, it plays an important role in the evolution of life and is an important resource for the survival of life. In the adult body, about 60 percent of its mass is water (some parts of the body, such as the lungs and kidneys are around 80 percent even the bones contain about 22% water). Water is good for chemical reactions in the body and it also acts as a transport agent. A person can live for a month without food, but hardly a week without water.

Drinking water when you’re thirsty is a highly undesirable habit, because by the time your brain send out the signals of thirsty, you may already be 2% or more dehydrated, and some bodily functions have already started to decline. In the process of exercise dizziness, palpitation, significant loss of exercise ability, increased heart rate and other conditions are obvious symptoms of dehydration. Instead of trying to run, you should stop running and listen to your body, re-hydrate and have a rest. According to scientific research, the standard of daily water requirement for adults is 40ml/kg/day. The higher the ambient temperature is, the greater the water requirement will be and the water requirement in the hot environment is twice as much as the normal condition. Therefore, when running in the summer, the demand for water is very large.

For endurance athletes, water is even more important. It’s like the radiator in your car, and it helps keep your body temperature in a stable status. Because our muscles produce a lot of heat after exercise, if they can’t be cooled by water, the enzymes and proteins in the body will be damaged. As the body temperature rises, many body functions will weaken and even cause death. So be sure to bring your hydration equipment when running, whether it’s a high-capacity sports water bottle or a vacuum insulated water bottle, it’s crucial to hydrate yourself in time.

How to re-hydrate yourself?

Since water is so important, so in fact water is also a thing full of knowledge which is must not blindly drink. Here are some of the key points of scientific hydration:

You should also drink 400-600ml of water in 20-30 minutes before training or a race to increase your body’s temporary reserves. As mentioned above, when you really feel thirsty and re-hydrate, your body is already about 2% dehydrated. Therefore, necessary hydration before the race can increase the amount of water stored in the body and reduce the degree of dehydration during exercise.

You should follow the principle of drinking 150-200 milliliters of water every 10-15 minutes during exercise and take advantage of breaks during training and competition. This can not only maintain the water balance in the body in time, but also do not suddenly increase the burden of the heart and stomach, so that the heart and stomach can have a certain amount of time to adapt.

A large number of drinking water is bad to the body. On the one hand, the body large amounts of water suddenly intake into can make blood dilution and the increase, this will increase the burden of the heart. In addition, a large amount of water swallowed into the stomach without being absorbed by the body in time (per hour is the speed of the body to absorb water up to 800 ml), it can cause the water to stay in the stomach, if continue to exercise after a large number of drinking water, water sloshing in the stomach uncomfortable, and can cause vomiting. On the other hand, there is a certain proportion of water and salt in the human body. Salt is lost through perspiration. If you drink a large amount of water, the concentration of body fluids will decrease significantly. In order to maintain the same fluid concentration, the body has to get rid of excess water, and sweat more.

After exercise, it is necessary to supplement the water consumed in the process of exercise in a timely manner. Within 20 ~ 30 minutes of exercise, it is most appropriate to supplement 150 ~ 200mL of water. In addition, after the movement, attention should also be paid to the timely supplement of potassium, sodium inside the human body. In the process of long endurance running in summer, a lot of sweat, sodium ions are also discharged with sweat, at this time if only a large amount of fresh water, it will cause the concentration of sodium ions in the blood in the body is too low, the concentration of sodium ions in the body is broken, there will be exercise hypothermia. That is to say, for a long time of strenuous exercise, if you just drink plain water repeatedly without replenishing electrolytes, it is likely to induce exercise hypothermia, hypothermia is also known as water poisoning.

Athletes should not drink cold water during training, competition or after sports. Sudden cold stimulation, easy to make the gastrointestinal tract vasoconstriction and cause spasm, resulting in digestive system dysfunction, is not conducive to the body to absorb water; The visceral heat you feel during or after exercise is caused by the temperature rise of your limbs and body muscles. A cold drink does not lower the temperature of your muscles, the main heat producing area, after exercise. For the above reasons, it is not recommended to use cold drinks to replenish water, and the temperature for exercise to replenish water is 8℃ to 14℃, which takes a faster time for water to pass through the stomach. 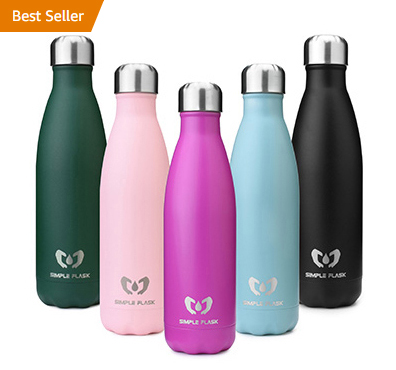